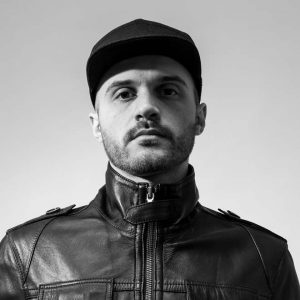 From the humble beginnings of finding out about Drum & Bass music via the late night broadcasts on Toronto’s College Radio stations while growing up, René has travelled worlds away from where he started. Flash forward a decade or so, René’s own productions are now hailed around the world as some of the genre’s most iconic and innovative records in electronic dance music. He’s flown worldwide performing shows and cultivating the sound of Drum & Bass as a true tastemaker and leader in the genre.

As though coming full circle, René was approached by the BBC about creating his own specialist show on Radio 1, so in 2017, following in the footsteps of legendary former hosts Fabio & Grooverider, and Friction, René is now the Drum & Bass representative on the world’s biggest platform.

As a producer, René LaVice’s sounds are unmistakable. Known for combining different styles and influences with his own sensibility, his music has a thumbprint which stands out in the mix. Nowhere could this be more evident than in his first breakthrough track ‘Headlock,’ which took the scene by storm and turned heads of tastemakers worldwide onto what would soon become one of dance music’s most exciting producers. Since then, René’s made a string of hits, such as The Calling ft. Ivy Mairi, a musical hybrid unlike any other which was A-Listed on Radio 1 for weeks and hit the billboard top 40 dance chart.

Renowned for his remix track record and ability to turn a song upside down, he has remixed an impressive roster of artists such as Diplo, DJ Fresh, Craig David & The Prodigy, making him a highly sought after remix artist.  He released 3 albums on the illustrious Ram Records which earned him the respect of young fans and veteran DJ’s alike.

Having the support of touring Drum & Bass royalty such as Andy C, Goldie & Randall combined with attention from Radio presenters and tastemakers such as Annie Mac, Mistajam, Zane Lowe, Nick Grimshaw, Greg James, and Scott Mills is like a dream to any young producer and René’s skills as a performer and a DJ have been consolidated thanks to touring all around the globe and turning even the most unlikely shows upside down.

Known for crowdsurfing at his gigs, he may sound like a bit of an anomaly when it comes to dance music. The excitement he feels from his music is as captivating as it is infectious. Having performed shows at major festivals such as Glastonbury, Download, EDC, and world class venues like Brixton Academy, Fabric, and Alexandra Palace, René has evolved into one of the most exciting headlining acts in dance music.

Now living in London, UK, one can only speculate where René LaVice’s journey through music will lead next.