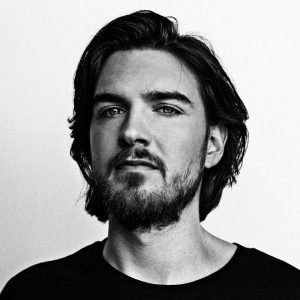 As one of the most heavily supported and best-sold techno producers of the moment, notorious for his powerful live performances at renowned festivals and clubs, Reinier Zonneveld is currently taking over the contemporary scene with his unique view on techno.

In spite of his young age, Zonneveld already managed to score several charting hits, including Beatport overall no.1 “Things We Might Have Said”, which was included on his well-received artist album “Megacity Servant” and later on landed in a Hollywood production.

Born in the Netherlands in 1991, Zonneveld’s introduction to music was through classical piano lessons from a tender age. In his youth, Reinier started to compose classical music pieces and performed piano concerts by himself. But it was only when he started his university studies and after attending his first illegal raves, that Reinier Zonneveld began exploring music production by way of electronic means.

With his productions and live-sets influenced by both Zonneveld’s classical background and his own rave experiences, it’s no surprise that his sound contains an incredible breadth, ranging from deep melodic tracks to pounding warehouse acid techno.

Zonneveld’s musical talent truly shines through in his live performances as he manages to craft hits, both old and new, live on stage. This extraordinary talent enables Reinier to perform a unique all-night live-set on the spot, while creating explosive moments on the dance floor.

Next to performing and producing music, Reinier runs his own well-received label Filth on Acid, which will fully enable Zonneveld’s creativity and serves as a platform for his wide view on techno music. All being said, it’s apparent that Reinier Zonneveld will further influence today’s global techno scene with his unique productions and dance floor-shaking live-sets for years to come. It’s just the beginning…