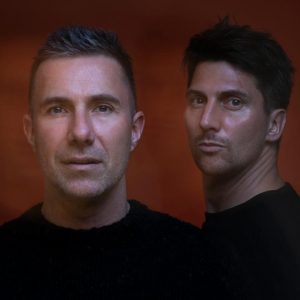 It can be the similarities between two people that draw them together, but it’s the differences between them that create something special. Just like the functional dial that governs the left and right axis of the stereo field, it would be nothing if those two polar opposites failed to meet in the middle. Such is the story of Pan-Pot.

In the last decade, Pan-Pot – comprised of Tassilo Ippenberger and Thomas Benedix – have developed a dominate presence in the upper escilion of electronic dance music, with an ascension paralleling very few who have come before or since.

Pan-Pot hasn’t gotten to where they are on their productions alone. When the two aren’t spending countless hours in the studio remixing or creating original work, they are relentlessly touring. This is how they have truly gotten to where they are: by touching the writhing, euphoric, dancing seas of bodies at countless gigs every year. Not only do they have an electric vibe to watch, but their grasp and keen understanding of each and every dance floor is unparalleled. Whether it’s an intimate club night or a massive festival like Awakenings, Timewarp, or Creamfields, Pan-Pot know exactly what to do. Unconstrained by boundaries, they traverse techno, house and everything in between with a masters touch.