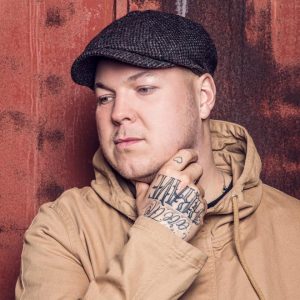 There can be no doubting Alan Fitzpatrick’s position as one of the most influential electronic artists of the moment. Pumped up by yet another series of head-turning productions, the Englishman’s profile continues to transition rapidly from the techno underground towards the electronic music main stage, elevating Fitzpatrick to the position of global headliner.

A status supported by the release of Fitzpatrick’s critically acclaimed Fabric 87 mix compilation in the first half of 2016 and continued with the monumental impact of new label We Are The Brave and first single ‘We Do What We Want’. Already a universally respected and in-demand producer, Fitzpatrick has succeeded in carving out his own musical niche within the ever-expanding genre of techno, earning him the reputation of a seemingly unstoppable source of hit music.

The same intuitive sense that Fitzpatrick possesses in the studio is also evident when he steps into the DJ booth. A regular guest at a long list of high profile clubs across the globe and an alumnus of the coveted BBC Radio 1 Essential Mix, Fitzpatrick has a global profile. Fans from all over the world are attracted to the energy of Fitzpatrick’s trademark tough, hooky grooves and incendiary beats molded together with cerebral moments of emotive melody, the man from Southampton can be found headlining events across Europe, North America, Asia and South America, clocking up well over 100 performances per year, including over 30 festivals and a busy Ibiza season.